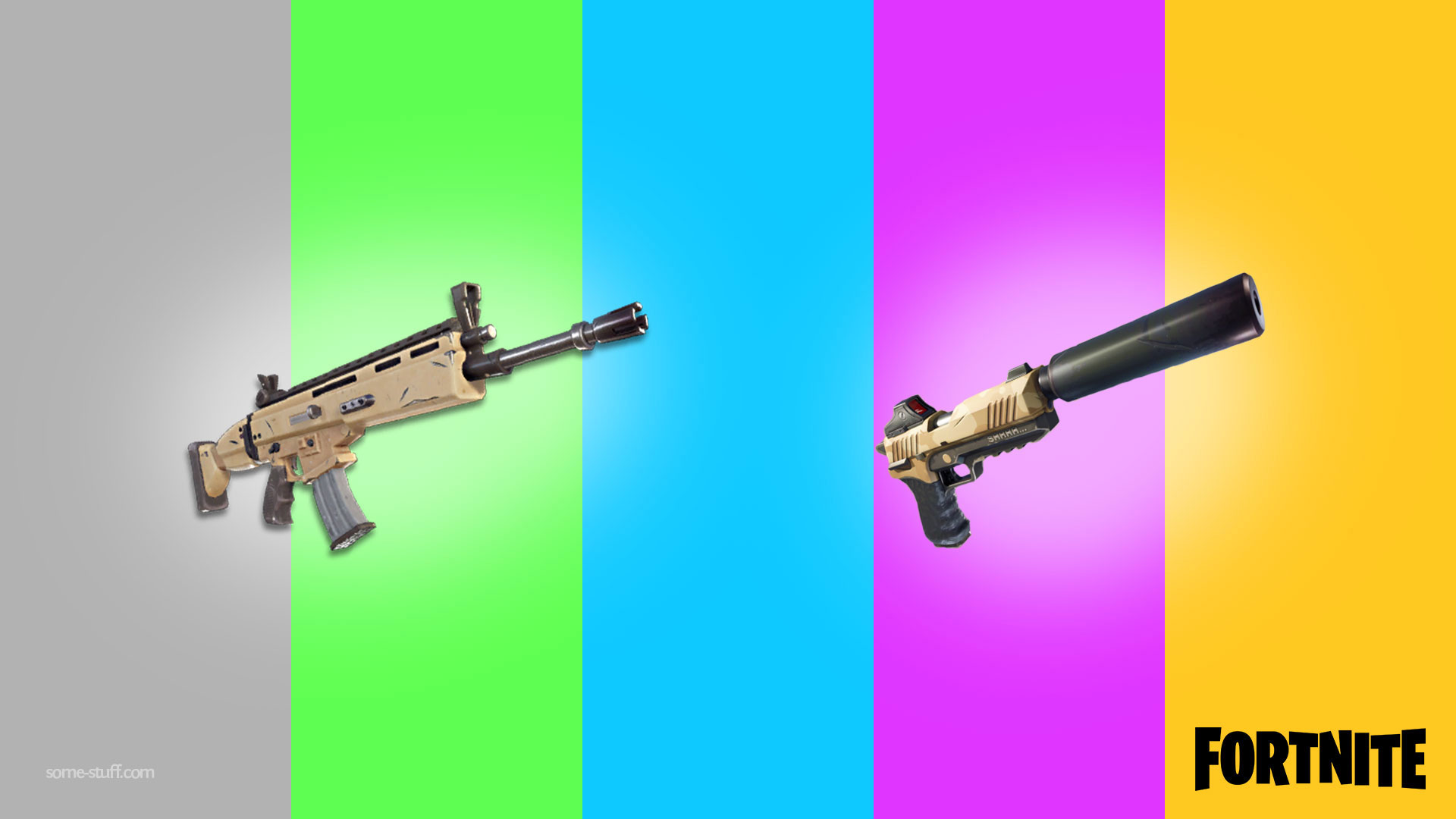 Every gun you come across in Fortnite: Battle Royale, whether that be from looting buildings, corpses, chests or drops, will have an associated rarity. Each weapon will be surrounded by a coloured mist on the ground and have a coloured background in your inventory, indicating it’s rarity type.

There are 5 rarity types:

But what does the rarity type mean?

The rarity type of a gun means 2 things: the likelihood of finding the gun, and the relative quality of the gun. In other words, relative to the other rarity types, a common (grey) gun will be both easier to find and be a slightly worse than guns with a higher rarity (green, blue, purple and orange).

As you find guns that are rarer, their stats like damage per second (DPS), damage, and critical hit damage increase in value, meaning the higher the rarity the better the gun (or item). Let’s get a visual real-game example to illustrate how the quality of a gun increases with its rarity type. 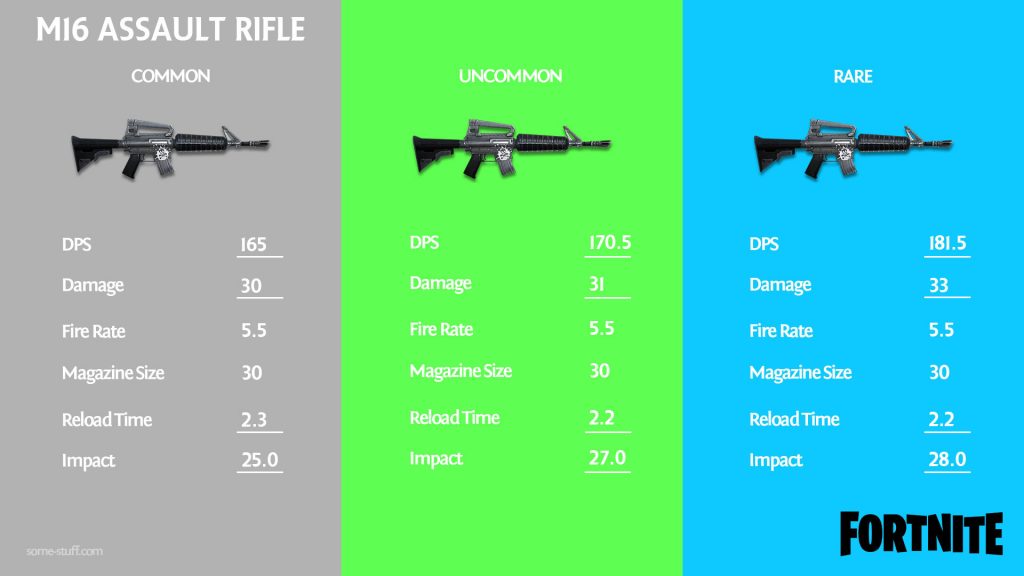 There are also changes to damage, reload time and impact which make the gun better. These small increases in gun stats are the same with all other weapons, so you can see the benefit of upgrading to a higher rarity weapon if you come across one in your fortnite travels.

Wood, Brick and Metal – Differences Between Fortnite Building Materials and When to Use Them » 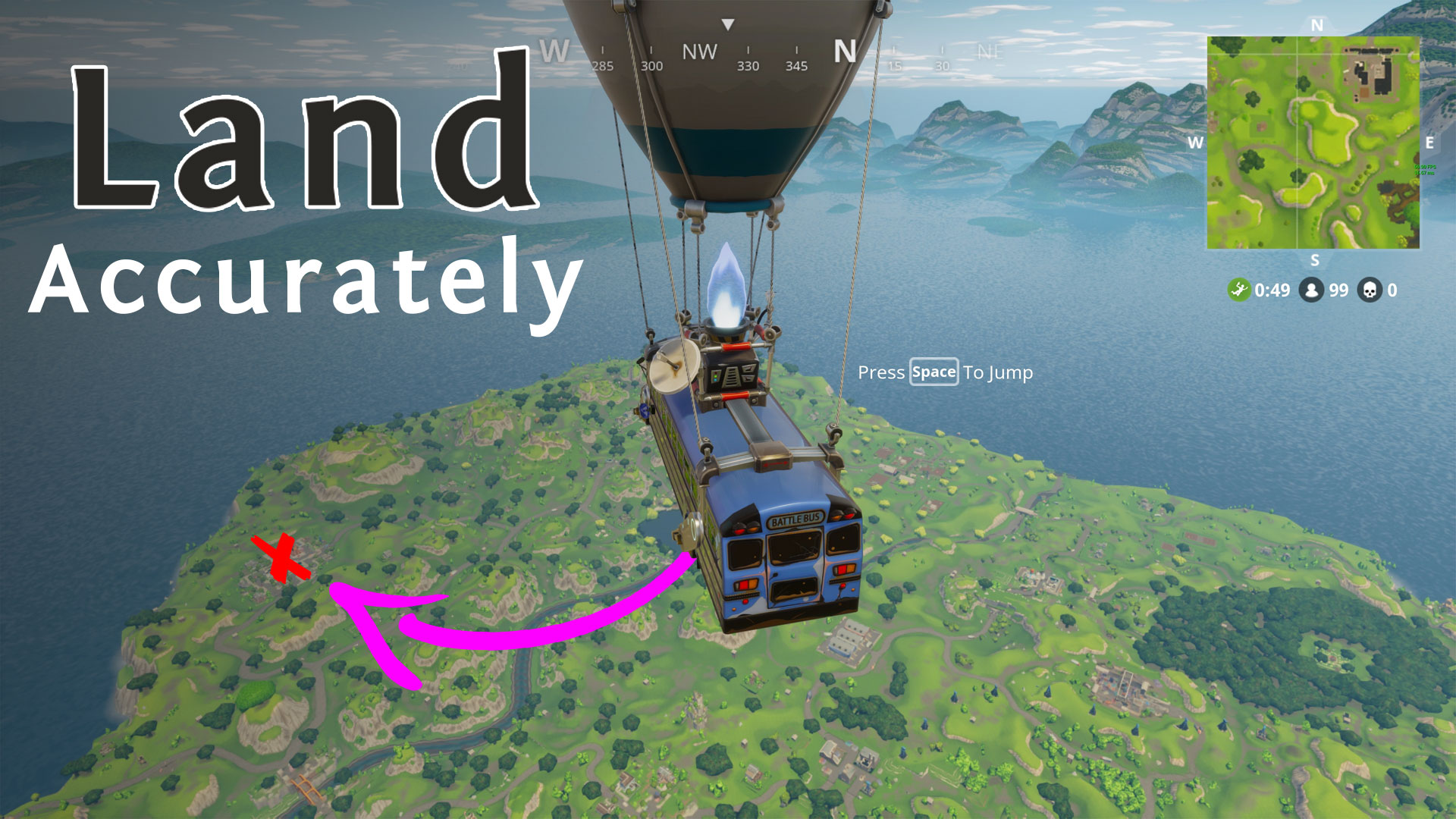 How to Land Perfectly in Fortnite

Wood, Brick and Metal – Differences Between Fortnite Building Materials and When to Use Them